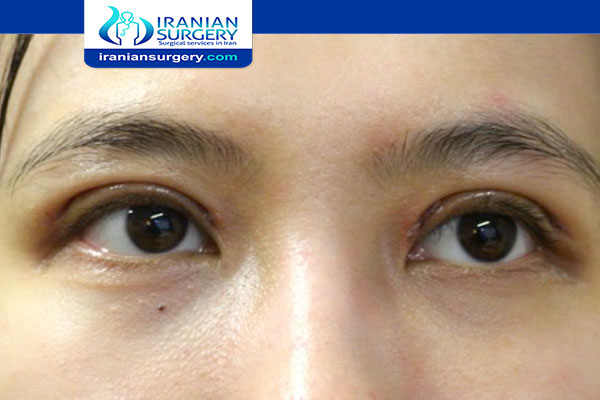 Epicanthoplasty, known medically as medial or lateral epicanthoplasty, is a type of eye surgery that aims to lengthen the inner parts of the eye to make the eye bigger. Also called the “inner corner fold removal” or “Mongolian fold correction”, this is a cosmetic procedure mostly performed in Asian countries.

One of the most prominent Asian features is the Mongolian fold (medically known as the epicanthal fold) found in the corners of the eyes. The epicanthal fold forms a web across the eye and covers the medial canthus. Simply put, this fold can impair the beauty of the eyelids and makes the eyes look smaller laterally and more tired-looking.

Epicanthoplasty is sought by women and men who would like to adopt a more “Westernized look” or to make the eyes not only “appear bigger, brighter, and more alert” but actually bigger physiologically. It is also often requested by patients whose epicanthal folds are abnormally large that they negatively impact the appearance and shape of the eyes. This cosmetic procedure may leave post-surgical scar lines due to incisions but can be avoided by using more advanced techniques such as Z-plasty.

How is Epicanthoplasty performed?

Before the surgery, the severity of the epicanthal fold is assessed during the pre-surgical evaluation process. The physician then calculates how wide your inner eyelids will be cut and marks the incisions with a pen. Local anesthesia is injected around the eyes to eliminate pain. During the surgery, you are awake to communicate with the surgeon. The surgeon uses the pre-planning marks to restructure the shape of the inner eyelid by creating small flaps through the incisions. Excess skin and fat are removed during the process. After the epicanthal fold is successfully altered, the physician closes the open skin folds by carefully suturing the area.

The operation takes less than 30 minutes. No hospitalization is required since it is a relatively simple surgery. However, at least 1 or 2 hours are needed to cool the eyes down before the patient is allowed to leave the clinic. Stitches are removed after 5-7 days, depending on the thickness of the skin and speed of recovery. Since eyelids would appear unusually swollen after the surgery, a recovery period of two weeks is recommended for the patients. Pain medication is prescribed to control pain after surgery, and eye makeup is not recommended until the stitches are removed.

How is the Procedure Performed?

Once a patient has fully decided on epicanthoplasty, a pre-surgical evaluation is performed to assess the severity of the epicanthal fold. Once assessed, the incisions are planned and marked. There are two different types of epicanthoplasty, which are:

The actual epicanthoplasty usually starts with the application of local anesthesia. Once in effect, the cosmetic surgeon will make pre-planned incisions around the corner of the eye. Through these incisions, the surgeon creates small flaps to restructure the shape of the inner eyelid. Excess skin will be removed. In lateral epicanthoplasty, incisions on the outer corners of the eyes are also made. After the surgeon successfully “opens up” the eyes, the area is delicately sutured to close the open skin folds.

Epicanthal surgery is usually performed on an outpatient basis and lasts about 30 minutes to an hour. After surgery, the eyelids would appear swollen and bruised. A recovery period of two weeks is often recommended. During recovery, the eyelids are allowed to heal and return to normal, so patients are advised to rest and refrain from strenuous activities and sports. Pain medication is prescribed to manage pain. Wearing eye makeup is discouraged until after the sutures have been removed (a week after surgery).

side effects of Epicanthoplasty

Epicanthoplasty is a surgery with a high success rate. However, there are a few complications that should be understood by the patients. First, visible scars could remain in the surgical site. These scars may be noticeable for a few months after the surgery. Furthermore, incisions could become infected during the surgery. However, this is a rare complication that hardly occurs. Overall, the surgery is safe and results in little side effects, leading to high satisfaction in the patients.

How long does Epicanthoplasty take to heal?

Similar to Epicanthoplasty, no hospitalization is required. The surgery is performed in 45 minutes. Recovery is possible in a short period of time of 7-10 days.

There is a saying that the eye is the window to the soul. Eyes are in fact the most important feature in determining your facial appearance. If you are just unsatisfied with your small, upward slanted eyes that make you appear fierce and unfriendly, you may consider Lateral Canthoplasty and Epicanthoplasty as a way to enhance you’re appearance and boost your self confidence.

If you are considering double eyelid surgery, having a Canthoplasty surgery in conjunction would definitely help you get those friendly looking, brighter eyes you always longed for without having to go under knife multiple times.

1How long does Epicanthoplasty take to heal?
Similar to Epicanthoplasty, no hospitalization is required. The surgery is performed in 45 minutes. Recovery is possible in a short period of time of 7-10 days
2What surgery makes your eyes bigger?
Blepharoplasty can make the eyes look “bigger” by removing encroaching tissue from the corners, but the true shape of the eye is not changed with surgery. Your eyes can be done as a solitary procedure, but are most often combined with another operation such as a facelift.
3How much does Epicanthoplasty cost?
How much does the medial epicanthoplasty cost? It depends if you are doing the medial epicanthoplasty with or without the double eyelid surgery. Generally, it will be between 1000-4000 dollars
4What is a lateral Canthoplasty?
Surgical methods that make the eye larger and brighter include double eyelidplasty, epicanthoplasty, as well as lateral canthoplasty. ... Epicanthoplasty, a surgical procedure which enlarges the eye horizontally, is performed at the inner corner of the eye, whereas lateral canthoplasty enlarges the outer edge of the eye.
5Does eyelid surgery make eyes bigger?
Double Eyelid Surgery: In a double eyelid surgery, a crease is made in the upper eyelid, creating a wider, larger-looking eye. This is the procedure that's gained so much popularity in East Asia, and the one most often referenced in relation to blepharoplasty as a whole
6How is ptosis surgery done?
Involutional ptosis is corrected by tightening the levator muscle. The function of the levator muscle is to raise the eyelid. Ptosis repair is performed through an incision in the normal crease in the upper lid. ... Mild ptosis in childhood can worsen as the person ages, requiring surgical repair in young adulthood.
7Can Botox help sagging eyelids?
Botox is a temporary treatment. The treatment can last three to seven months, but the droopy eyelids will typically go away in four to six weeks. Apart from waiting, a couple of treatments might alleviate the problem: eyedrops, such as apraclonidine (Iopidine), which can help if the eyelids are drooping, not the brows
8Is eyelid surgery painful?
After surgery, your eyelid may feel tight and sore. Your eye may be watery, dry, sticky, itchy, or sensitive to light. Your vision may be blurry for a few days. Your doctor will give you medicines to help with pain and discomfort.
9Will a brow lift open my eyes?
Eyelid and brow lifts can brighten your eyes and help you look more youthful and alert. But drooping skin in the eye area is sometimes more than a cosmetic concern. “You may start to notice heavy skin and tissue on your upper eyelids. ... If that seems to improve your vision, then drooping skin is likely the culprit.
10How do you do a lateral Canthotomy?
Step-by-Step Description of Procedure Drape the area. Inject 1 or 2 mL of local anesthetic containing epinephrine into the lateral canthal incision site. Use a needle driver or hemostat to crush the tissue from the lateral canthus to the rim of the orbit, for about 20 sec to 2 min