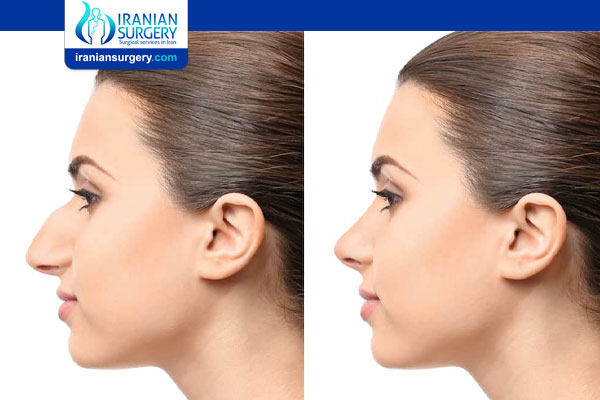 What are Dorsal Humps?

Dorsal humps are cartilage and bone irregularities on the nose. These irregularities can cause a bump or “hump” in the outline of a person’s nose instead of a straight slope from the bridge of the nose to the tip.

For most people, there’s nothing unhealthy or dangerous about these naturally occurring bumps on the nose. But some feel self-conscious about the way dorsal humps look.

Dorsal hump removal is one of the most common reasons people pursue a cosmetic rhinoplasty (also known as a nose job).

Iranian surgery is an online medical tourism platform where you can find the best Rhinoplasty Surgeons in Iran. All Rhinoplasty surgeons working with Iranian Surgery specialize in plastic surgery and perform rhinoplasty surgery in well-equipped hospitals, so after rhinoplasty (Nose job) in Iran you will face the least possible complications.

For more information about the cost of rhinoplasty in Iran and to schedule an appointment in advance, you can contact Iranian Surgery consultants via WhatsApp number +98 901 929 0946. This service is completely free.

The main symptom of dorsal humps are bumps or pimples in or on the nose, but there are other associated symptoms, including:

. Pain in the nostril

. Redness in or around the nose

. Tenderness in or around the nose

If the hair lining the inside of the nose becomes irritated, or there’s a blockage, it may result in an infection. And if your nose becomes infected, it may swell, turn red, or be tender to the touch. Severe infections may lead to a bump known as a dorsal hump. Acne on the nose can also lead to a bump inside the nostril.

The nasal “dorsum” is the bone-and-cartilage structure that connects your nose to your face. Most of us refer to it as the “bridge” of our nose. The dorsum can develop humps for several reasons.

Some people inherit dorsal humps genetically. This means they’re born with a tendency to develop a bump in their nose because of the nose’s structure.

Dorsal humps that result from genetics don’t always appear in childhood, but they may appear during puberty when the nose is still developing.

Your nose is made up of a few different parts, and bumps may appear in any of the following:

. Nostrils. The nasal cavity’s entrance. This is how you take in smells.

. Septum. Separating the nostrils, the septum made up of both bone (at the top) and cartilage (toward the tip).

. Nasal cavity. This is the space behind your nose. It’s connected to your throat but is separated from your mouth by your palette.

Often, dorsal humps resulting from an injury are self-inflicted. Things like picking your nose, plucking hair lining the nostrils, or even a nose piercing can cause irritation that ultimately leads to an infection from bacteria or fungus. Redness and swelling may occur, with severe infections leading to a dorsal bump.

Bad allergies are sometimes to blame for dorsal bumps. In addition, polyps (painful growths) can cover the sinuses and lead to discomfort. Boils are hair follicle infections caused by a specific type of bacteria called Staphylococcus aureus, or “staph.”

When bacteria or fungi get past the hair follicles lining the nostrils or when there’s a blockage in the follicles, it can result in an infection. Some infections grow so severe that a dorsal bump forms.

Do dorsal humps have an impact on breathing?

Unlike a deviated septum, which is a medical condition that can make your nose look crooked, dorsal humps don’t typically affect breathing.

Even though a dorsal hump can sometimes make the nose appear compromised, the bone-and-cartilage irregularity doesn’t restrict breathing ability.

Your septum passages can be deviated because of an injury that also caused a dorsal hump, but removing the hump won’t necessarily improve your ability to breathe freely.

Dorsal hump removal is a personal decision, not a medical necessity. These bumps only need to be removed if you’re unhappy with the shape and appearance of your nose and have a strong, consistent wish to make a change.

Dorsal hump removal options include a surgery called a rhinoplasty and a noninvasive procedure known as nonsurgical rhinoplasty.

A traditional rhinoplasty, also called open rhinoplasty, is the most common method for permanently removing a dorsal hump.

This surgery requires general anesthesia, during which a plastic surgeon makes a small incision that gives them a full view of the bone and cartilage under your skin.

Your surgeon then sands down and reshapes the contour of your nose, which may involve breaking and resetting nasal bones to improve shape.

After an open rhinoplasty, your nose is covered in a splint or cast for up to a week. Total recovery takes up to 3 weeks on average.

In a closed rhinoplasty, your plastic surgeon works through your nostrils instead of making a visible incision on the bridge of your nose.

This procedure also requires general anesthesia. Your surgeon works underneath your nostrils to modify the bone and cartilage above your nasal passages.

In both open and closed rhinoplasty, the surgeon may break and reset the nasal bones in a better position to improve the shape of the dorsal hump. These fractures are what cause the majority of the bruising and swelling after rhinoplasty.

If you have this performed, you will likely have a metal or plaster splint on the outside of your nose for up to a week to help the bones heal in the proper position.

Nonsurgical rhinoplasty, also called a liquid rhinoplasty, produces results that can last between 6 months to 2 years.

This procedure requires topical anesthesia and can be completed in about half an hour.

Using dermal fillers, your plastic surgeon fills in the areas of your nose around where your dorsal hump begins. This can result in a smoother silhouette down the bridge of your nose.

This procedure is significantly less expensive than a rhinoplasty, with fewer possible complications and little to no recovery time before you can resume your regular activities.

Can a dorsal hump grow back after it’s been removed?

A dorsal hump can’t “grow back” after it’s removed.

After a surgical rhinoplasty, some people develop calluses in the area where the bone and cartilage were removed. These calluses can themselves resemble dorsal humps.

Another side effect of surgical rhinoplasty is bruising and inflammation.

While you heal, you may notice that the area where your dorsal hump was removed looks swollen and enlarged. That swelling doesn’t mean the removed dorsal hump is somehow growing back. Any swelling from the surgery should subside within a week or so.