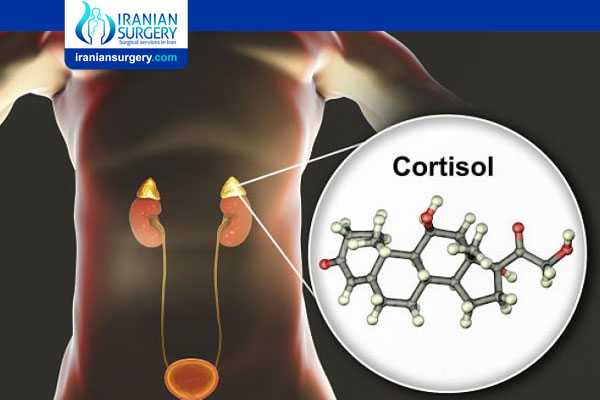 What is Congenital Adrenal Hyperplasia (CAH)?

Congenital adrenal hyperplasia (CAH) refers to a group of genetic disorders that affect the adrenal glands, a pair of walnut-sized organs above the kidneys. The adrenal glands produce important hormones, including:

. Cortisol, which regulates the body's response to illness or stress

. Mineralocorticoids, such as aldosterone, which regulate sodium and potassium levels

. Androgens, such as testosterone, which are male sex hormones

In people who have CAH, a genetic problem results in a lack of one of the enzymes needed to make these hormones.

Although there is no cure, with proper treatment, most people who have congenital adrenal hyperplasia can lead normal lives.

There are two major types of congenital adrenal hyperplasia:

. Classic CAH. This form is rarer and is usually detected in infancy. Approximately two-thirds of people who have classic CAH have what's known as the salt-losing form, while one-third have what's referred to as the simple-virilizing form.

. Nonclassic CAH. This form is milder and more common, and may not become evident until childhood or early adulthood.

Iranian surgery is an online medical tourism platform where you can find the best Surgeons in Iran. The price of Congenital Adrenal Hyperplasia (CAH) Treatment in Iran can vary according to each individual’s case and will be determined based on an in-person assessment with the doctor.

For more information about the cost of Congenital Adrenal Hyperplasia (CAH) Treatment in Iran and to schedule an appointment in advance, you can contact Iranian Surgery consultants via WhatsApp number +98 901 929 0946. This service is completely free.

Signs and symptoms of CAH vary, depending on which gene is defective and the level of enzyme deficiency.

The salt-losing form and simple-virilizing form of classic CAH cause children's bodies to produce an insufficient amount of cortisol. These children can have problems maintaining normal blood pressure, normal blood sugar and energy levels, and are more vulnerable to stress. An excess of the male sex hormones can result in short height and early puberty for both boys and girls.

Signs and symptoms of classic CAH in children and adults include:

. Appearance of pubic hair at a very early age

. Rapid growth during childhood, but shorter than average final height

Often there are no symptoms of nonclassic CAH when a baby is born. The condition is not identified on routine infant blood screening and usually becomes evident in late childhood or early adulthood. Cortisol may be the only hormone that's deficient.

Teenage and adult females who have nonclassic CAH may have normal appearing genitals at birth, but later in life, they may experience:

. Masculine characteristics such as facial hair, excessive body hair and a deepening voice

In both females and males, signs of nonclassic CAH may also include:

Classic CAH is usually detected at birth through required newborn screening or when female babies have ambiguous genitalia. CAH may also be identified when male or female babies show signs of severe illness due to low levels of cortisol, aldosterone or both.

In children who have nonclassic CAH, signs and symptoms of early puberty may appear. If you have concerns about your child's growth or development, make an appointment with your child's doctor.

If you are pregnant and may be at risk of CAH because of your own medical history or your ethnicity, ask your doctor about genetic counseling.

The most common cause of CAH is the lack of the enzyme known as 21-hydroxylase. CAH may sometimes be called 21-hydroxylase deficiency. There are other much rarer enzyme deficiencies that also cause CAH.

Children who have the condition have two parents who either have CAH themselves or who are both carriers of the genetic mutation that causes the condition. This is known as the autosomal recessive inheritance pattern.

Factors that increase the risk of having CAH include:

. Parents who both have CAH or are both carriers of the genetic defect for the disorder

People who have classic CAH are at risk of adrenal crisis because they have very low levels of cortisol in the blood. This can cause diarrhea, vomiting, dehydration, low blood sugar levels and shock. Adrenal crisis is a life-threatening medical emergency that requires immediate treatment. Aldosterone also may be low, which leads to dehydration and low sodium and high potassium levels. The nonclassic form of CAH doesn't cause adrenal crisis.

Males and females who have either classic or nonclassic CAH may also experience fertility problems.

There is no known way to prevent congenital adrenal hyperplasia. If you're thinking of starting a family and you're at risk of having a child with CAH, your doctor may recommend that you see a genetic counselor.

CAH may be diagnosed before a baby is born, during childhood or later in life.

Tests used to diagnose CAH in fetuses include:

. Amniocentesis. This procedure involves using a needle to withdraw a sample of amniotic fluid from the womb and then examining the cells.

. Chorionic villus sampling. This test involves withdrawing cells from the placenta for examination.

Doctors recommend that all newborns in the United States be screened for genetic 21-hydroxylase deficiency during the first few days of life. This test identifies the classic form of CAH but doesn't identify the nonclassic form.

Diagnosis of CAH in older children and young adults includes:

. Physical exam. If the doctor suspects CAH based on a physical exam and symptoms, the next step is to confirm the diagnosis with blood and urine tests.

. Blood and urine tests. These tests look for abnormal levels of hormones produced by the adrenal glands.

. Gene testing. In older children and young adults, genetic testing may be needed to diagnose CAH.

. Testing to determine a child's sex. In female infants who have severe ambiguous genitalia, tests can be done to analyze chromosomes to identify genetic sex. Also, pelvic ultrasound can be used to identify the presence of female reproductive structures such as the uterus and ovaries.

Your doctor will likely refer your child to a doctor who specializes in childhood hormonal issues (pediatric endocrinologist) for treatment of CAH. The health care team may also include other specialists, such as urologists, psychologists and geneticists.

The goal of treating CAH with medications is to reduce excess androgen production and replace deficient hormones. People who have the classic form of CAH can successfully manage the condition by taking hormone replacement medications throughout their lives. People who have nonclassic CAH may not require treatment or may need only small doses of corticosteroids.

Medications for CAH are taken on a daily basis. During periods of illness or significant stress, such as surgery, additional medications or higher doses may be needed.

. Mineralocorticoids to replace aldosterone to help retain salt and get rid of excess potassium

. Physical exams. The doctor will check your child's growth and development, including monitoring changes in height, weight, blood pressure and bone growth.

. Monitoring for side effects. The doctor will monitor your child for side effects, such as the loss of bone mass and impaired growth, particularly if steroid-type replacement medication doses are high and used long term.

. Blood tests to check hormone levels. It's critical to have regular blood tests to ensure hormone levels are balanced. A child who hasn't yet reached puberty needs enough cortisone to suppress androgens so that he or she can grow to a normal height. For females who have CAH, it's important to suppress androgens to minimize unwanted masculine characteristics. On the other hand, too much cortisone can cause Cushing syndrome.

In some female infants who have severe ambiguous genitalia as a result of classic CAH, doctors may recommend reconstructive surgery to improve genital function and make them look more feminine.

Surgery may involve reducing the size of the clitoris and reconstructing the vaginal opening. The surgery is typically performed between 2 and 6 months of age. Females who have reconstructive genital surgery may need more cosmetic surgery later in life.

Genital surgery is easier to perform when a child is very young. However, some parents choose to wait for surgery until their child is old enough to understand the risks and choose his or her own gender assignment.

Before making decisions about the best treatment approach for your child, talk with your doctor about these issues. Working together, you and your doctor can make informed choices that will help your child thrive.

Psychological support is important to the emotional health and social adjustment of female children who have genital abnormalities.

Synthetic corticosteroids that cross the placenta to the fetus are controversial and considered experimental. More research is needed to determine the long-term safety and the effect of this treatment on fetal brain development.

What are the outcomes after treatment for congenital adrenal hyperplasia (CAH)?