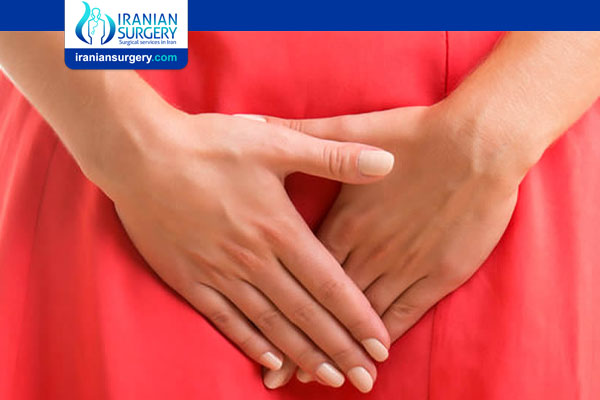 Clitoroplasty is a rare surgical procedure performed on the clitoris, the small, visible part of the female genitalia located at the end of the vulva. The clitoris is a female’s main source of sexual pleasure. The goal of clitoroplasty is to create a clitoris with normal appearance and still retain sensation in the area.

Iranian surgery is an online medical tourism platform where you can find the best Surgeons in Iran. The price of Clitoroplasty in Iran can vary according to each individual’s case and will be determined by an in-person assessment with the doctor.

For more information about the cost of Clitoroplasty in Iran and to schedule an appointment in advance, you can contact Iranian Surgery consultants via WhatsApp number 0098 901 929 0946. This service is completely free.

Clitoroplasty can be performed on children, adolescents and adult women. It is more common in children than adults. This procedure is performed after extensive discussion with the parents and surgeon. It may be coordinated at the time of a reconstructive surgery of the ambiguous (not typically female or male) genitalia.

Why is clitoroplasty necessary?

Clitoroplasty can be used to correct several different conditions in girls and women. These include:

. Congenital adrenal hyperplasia: Girls with a severe form of this adrenal condition have abnormal genitals at birth and may require clitoroplasty.

. Female pseudo hermaphroditism: A female with this condition has ovaries but external genitals that appear to be male. This can be caused by congenital adrenal hyperplasia, but that is not always the case.

. Ambiguous genitalia: A rare condition in which an infant's external genitals don't appear to be classically male or female. This is usually apparent at birth or shortly after. Parents should receive counseling to help them decide whether they want to pursue surgery on their child and what gender they want to raise their child.

What are the benefits of clitoroplasty?

In infants and children with congenital adrenal hyperplasia, female pseudo hermaphroditism, and ambiguous genitalia (not classically female or male), clitoroplasty can be necessary and beneficial for the child’s medical and emotional wellbeing. Parents should consult extensively with counselors and doctors before undertaking any such life-altering surgeries.

For some women with clitoral hypertrophy and congenital adrenal hyperplasia, arousal can cause clitoral pain. Clitoroplasty can help reduce pain during sexual activity.

What are the risks of clitoroplasty?

Clitoroplasty is a somewhat controversial procedure, especially in adult women considering it for reasons of appearance. Some doctors think the risk of losing nerve sensation outweighs cosmetic benefits if the underlying condition is not causing pain.

More long-term studies of the successes of clitoroplasty are needed, especially in the cases of the procedure performed in young children.

How is clitoroplasty performed?

There are three different kinds of clitoroplasty:

. Reduction clitoroplasty: This is thought to be the procedure with the best chance of retaining sensation in the clitoris. It also is the surgery that is most likely to create a more normal appearance of the genitals. However, it is a difficult procedure with a high risk of sensory and blood flow disorders in the clitoris.

Based on the reasons for clitoroplasty, a doctor will recommend the best procedure.

What’s the difference between a clitoral hood reduction and clitoroplasty?

Some people get clitoroplasties to improve the appearance and sensitivity of a clitoris that’s too large. An overly large clitoris may stick out, causing irritation and discomfort.

Providers also perform clitoroplasties to correct damage from genital mutilation. This form of female circumcision still takes place in parts of sub-Saharan Africa, the Arab States, Asia and other regions. A clitoroplasty corrects the damage, restoring some degree of sensitivity to the area.

For transgender women, a clitoroplasty is part of gender affirmation surgery. Providers use a person’s existing tissue to create a clitoris.