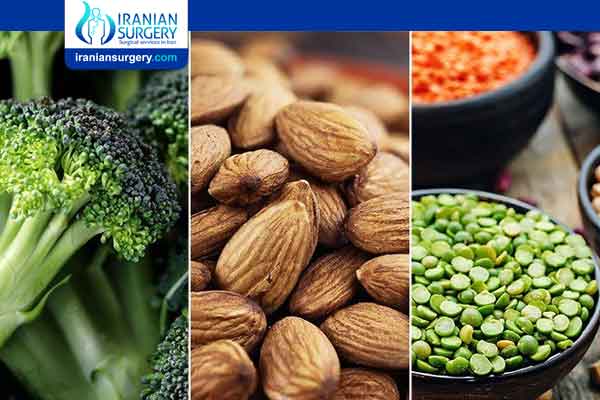 What can you eat with no gallbladder?

Can you eat a normal diet after gallbladder removal?

What are the side effects of having your gallbladder removed?

Don't eat fried foods or food high in fat for at least a week after surgery. This includes gravies, butter, and ice cream.

Most people don't need to follow a special diet after having surgery to remove their gallbladder, as the gallbladder isn't essential for digestion. You can usually start eating normally a few hours after your operation, although you'll probably prefer to eat small meals to start with.

Read more about: Which tool is used for laparoscopic cholecystectomy?

Read more about : What is Hysteroscopy?

Read more about : Diet after Laparotomy

What can you eat with no gallbladder?

Meats that are processed or high in fat can wreak havoc on your digestive system following removal of your gallbladder.

Dairy can also be hard for your body to digest as it adjusts without a gallbladder.

Try to avoid or limit your consumption of:

If cutting out dairy isn’t realistic for you, try to choose fat-free yogurt and low-fat cheese options or versions that contain dairy alternatives, such as almond milk.

Processed foods often contain a lot of additional fat and sugar. This makes them last longer, but they’re also hard to digest and don’t offer much nutrition.

Try to stay away from:

Caffeine contains acids that can cause your stomach to make more acid and drain faster. This can lead to stomach pain and discomfort after having gallbladder removed.

Limit or avoid these caffeinated foods and beverages:

Read more about: cholecystectomy in Iran

Can you eat a normal diet after gallbladder removal?

Eating these foods after having your gallbladder removed won’t cause serious health problems, but it can lead to a lot of painful gas, bloating, and diarrhea. This is partly because bile flowing freely into your intestine works like a laxative.

What are the side effects of having your gallbladder removed?

Any surgery has potential complications, including incision bleeding, movement of surgical materials to other parts of the bodyTrusted Source, pain, or infection — with or without a fever. It’s possible you’ll experience digestive side effects when your gallbladder is removed.

It may take your body time to adjust to its new method of digesting fat. The medications you were given during surgery may also cause indigestion. This doesn’t typically last long, but some patients do develop longer-term side effects, usually caused by bile leaking into other organs or gallstones that were left behind in the bile ducts.

Indigestion can cause diarrhea or flatulence, often made worse by excess fat or too little fiber in the diet. Bile leakage can mean having an insufficient amount of bile in the intestines to digest fat, which loosens stool.

Although removal of a diseased gallbladder usually reduces constipation, surgery and anesthesia used during the procedure can lead to short-term constipation. Dehydration can make the constipation worse.

During gallbladder removal, it’s rare but possible for a surgeon to damage the intestines. This may result in cramping. Some pain is normal following any surgery, but if it continues beyond a few days or gets worse instead of better, speak to your doctor.

A stone that remains in a bile duct after gallbladder removal surgery can cause severe pain, or jaundice, which is the yellowing of the skin. A complete blockage can cause an infection.

1Can I eat eggs after gallbladder surgery?
Don't eat fried foods or food high in fat for at least a week after surgery. This includes gravies, butter, and ice cream
2Can you eat a normal diet after gallbladder removal?
Most people don't need to follow a special diet after having surgery to remove their gallbladder, as the gallbladder isn't essential for digestion. You can usually start eating normally a few hours after your operation, although you'll probably prefer to eat small meals to start with.
3Do you lose weight after gallbladder removal?
In most cases, weight loss after gallbladder surgery is just a temporary issue. Once the body has adjusted, usually within a few weeks, weight loss will slow down or stop.
4What helps digestion after gallbladder removal?
Eating a diet that is rich in fiber — beans, bran, whole grains, fruit, and vegetables — can help prevent and perhaps relieve constipation. Your surgeon may prescribe a stool softener to help you. Retained stone in a bile duct. In some cases, a gallstone will remain in your common bile duct after gallbladder surgery.
5Is boiled egg good for gallbladder?
Physicians have noticed that certain foods can initiate a gallbladder attack in patients who have gallstones. When these foods were eliminated from their diet, their gallbladder symptoms disappeared. ... The most frequently offending foods are eggs, pork, onions, poultry, milk, coffee, oranges, corn, beans and nuts
6Can I eat salad after gallbladder removal?
After gallbladder surgery, many foods that were commonly eaten before the surgery now cause pain and discomfort. ... Increase foods that help the biliary and digestive system such as lettuce, grains, fruits and vegetables (such as beets, tomatoes, avocadoes, grapes and carrots). Slowly increase your intake of fiber.
7Is coffee bad for your gallbladder?
Coffee consumption and gallstones There is some evidence that coffee triggers the contraction of the gallbladder. It appears likely that caffeine is largely responsible for the effect of coffee, since consumption of decaffeinated coffee is not linked to a reduced risk of developing gallbladder disease in all studies.
8Can removing gallbladder cause weight gain?
When the body adjusts to changes caused by gallbladder removal, it impacts how the digestive system processes energy. In some cases, this leads to weight gain. The body may not be able to digest fat and sugar efficiently. The energy from food is then stored as fat in the patient's body, causing weight gain.
9Can gallbladder grow back?
Typically, they are found within 3 years after a person has undergone the procedure. Recurrent gallstones continue to develop within the bile ducts after the gallbladder has been removed.
10Does gallbladder removal affect bowel movements?
It's not clear how many people develop the frequent loose, watery stools that characterize diarrhea after surgery to remove their gallbladders (cholecystectomy). Studies have found as few as 1 in 100 people undergoing gallbladder surgery or as many as 1 in 3 develops diarrhea.