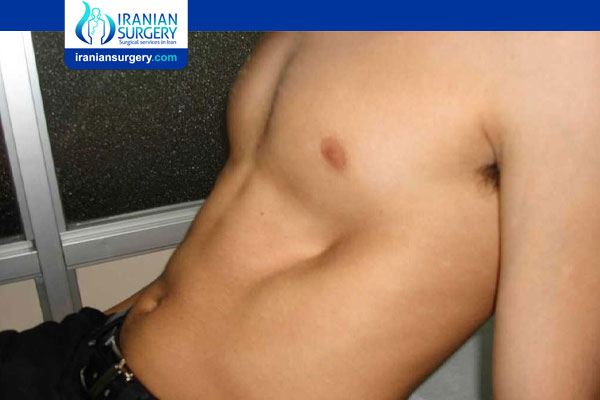 While the exact cause of pectus excavatum is unknown, it may be an inherited condition because it sometimes runs in families.

Pectus excavatum is more common in boys than in girls. It also occurs more often in people who also have:

If the depth of the breastbone indentation is severe, it may reduce the amount of room the lungs have to expand. This compression can also squeeze the heart, pushing it into the left side of the chest and reducing its ability to pump efficiently. This can cause symptoms such as exercise intolerance, shortness of breath, rapid heart rate, and chest pain or pressure.

Many people who have pectus excavatum will also tend to have a hunched-forward posture, with flared ribs and shoulder blades. Many are so self-conscious about their appearance that they avoid activities where their chest can be seen, such as swimming. They may also avoid clothing that makes the indentation in their chests more difficult to camouflage.

Iranian surgery is an online medical tourism platform where you can find the best doctors and surgeons in Iran. The price of Chest Wall Disorder Treatment in Iran can vary according to each individual’s case and will be determined by an in-person assessment with the doctor.

For more information about the cost of Chest Wall Disorder Treatment in Iran and to schedule an appointment in advance, you can contact Iranian Surgery consultants via WhatsApp number 0098 901 929 0946. This service is completely free.