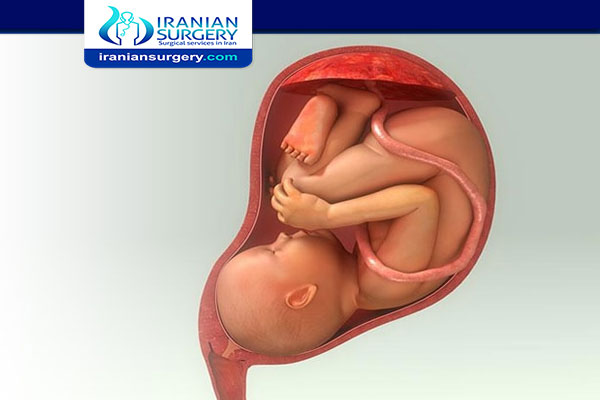 A transvaginal cervical cerclage is typically removed at around week 37 of pregnancy — or at the start of preterm labor.
A McDonald cerclage can usually be removed in a health care provider's office without anesthetic, while a Shirodkar cerclage might need to be removed in a hospital or surgery center. After having a transvaginal cervical cerclage removed, you'll typically be able to resume your usual activities as you wait for labor to begin naturally.
If you expect to have a C-section and plan to have children in the future, you might choose to leave a Shirodkar cerclage in place throughout your pregnancy and after the baby is born. However, it's possible that the cerclage could affect your future fertility. Consult your health care provider about your options.
If you had a transabdominal cervical cerclage, you'll need to have another abdominal incision to remove the cerclage. As a result, a C-section is typically recommended. Your baby will be delivered through an incision made above the cerclage. During the C-section, you can choose to have the cerclage removed or leave it in place for future pregnancies.

1Is McDonald cerclage removal painful?
Does removing the cerclage hurt? YES! I had mine removed without numbing medication
2What is the success rate of a cervical cerclage?
The most that doctors can do is minimize the risk to you and your baby. As a general rule, cerclages work best when they are placed early in pregnancy and when the cervix is longer and thicker. Rates for carrying the pregnancy to term after cerclage vary from 85 to 90 percent, depending on the type of cerclage used
3Can I travel after cervical cerclage?
This is accomplished by a procedure called cervical cerclage. If a woman has had cervical incompetence in a previous pregnancy, then in the next pregnancy a stitch is placed on the cervix. ... Sometimes labour may start prematurely even after a cerclage but usually if the baby has crossed eight months, it can survive
4How long does it take to have a cerclage removed?
CONCLUSION: The mean interval between elective cerclage removal and spontaneous delivery is 14 days. Women with cerclage who achieved 36-37 weeks should be counseled that their chance of spontaneous delivery within 48 hours after elective cerclage removal is only 11%
5Can a cerclage fall out?
There are no medications to stop the dilation and effacing, so it's cerclage or nothing." Cerclage may sound like a medieval torture practice, but it has been credited with saving thousands of babies lives over the years
6Is a cervical cerclage painful?
After cervical cerclage, your health care provider will do an ultrasound to check your baby's well-being. You might experience some spotting, cramps and painful urination for a few days. Acetaminophen (Tylenol, others) is recommended for pain or discomfort
7How successful is a cervical stitch?
The success rates are good, particularly when the stitch is put in during early pregnancy for a recognised reason. More than two-thirds of women who have a cervical stitch at the Jessop Wing go on to have healthy babies. There is a small risk that the procedure may result in a miscarriage
8Are you put to sleep for a cervical cerclage?
Regional anesthesia — a spinal or epidural — numbs you from the chest or waist down, but doesn't put you to sleep for the procedure. Most cerclage procedures are done transvaginally (through the vagina). ... Your provider will open your vagina with a speculum and grasp the cervix with forceps
9What are the risks of cervical cerclage?
Possible risks could include: Rupture of membranes. Cervical infection. Cervical laceration if labor happens before the cerclage is removed. Some risks associated with general anesthesia include vomiting and nausea.
10What to expect after a cervical cerclage?
Mild cramping is normal and should go away within 3 days after your cerclage placement. Taking a warm shower or putting a heating pad on your abdomen may bring relief. Cervical Cerclage- A cerclage is a stitch used to close the cervix during pregnancy to help prevent pregnancy loss or premature birth