Can You Determine Sex Through IVF? 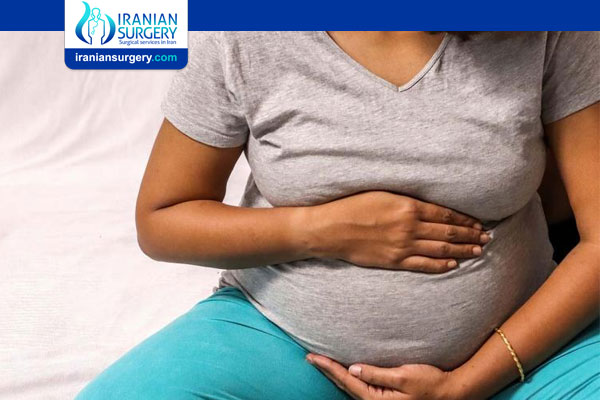 Can You Determine Sex Through IVF?

For anyone unfamiliar with the IVF process, the option to choose the gender of your baby may seem futuristic, even controversial. But gender selection actually happens quite often in fertility clinics around the country—and it’s just one small aspect of the genetic testing that can take place before a mom-to-be even gets pregnant.

It’s all possible thanks to a procedure known as pre-implantation genetic diagnosis (PGD) or pre-implantation genetic screening (PGS), says Avner Hershlag, MD, chief of the Center for Human Reproduction at North Shore University Hospital in Manhasset, New York. During IVF, a doctor creates embryos by combining a woman’s eggs with a man’s sperm in a lab. When those embryos are a few days old, the prospective parents can choose to have them screened for genetic abnormalities using PGD.

This means that the embryos are put under a microscope, and (very delicately) a few cells are removed. The cells are then analyzed to ensure that they have a normal genetic makeup—that is, pairs of chromosomes 1 through 23.

Doctors also take a close look at the X and Y chromosomes to check for abnormalities there; and at that point, the gender of each embryo, XX or XY, becomes obvious. When the prospective parents are briefed on which of their embryos are healthy and viable, they may also be told which are female and which are male.

“If more than one embryo is normal, and there happen to be both males and females, we don’t impose on patients which one they should use,” Dr. Hershlag says. “If all other things are equal, it becomes their personal choice.” (Patients can also choose to freeze other healthy embryos for use in later pregnancies.)

How Does Gender Selection in IVF Work?

A procedure known as preimplantation genetic screening (PGS) can be used to determine gender. This technique can only be used to determine gender before conception i.e. before the embryo is replaced into the woman’s uterus. A procedure is done, where a single cell is taken (biopsy) from a Day 5 embryo containing about 100 cells. This cell is then analysed for its chromosomal content, which includes the future gender of this embryo if it does become a fetus.

When Is Gender Selection in IVF Recommended?

The only time gender selection is recommended is if there is a sex-linked chromosomal disorder (X-linked recessive diseases) that is hereditary and transmitted from mothers who are carriers of the abnormal genes on the X chromosome. These conditions which are only passed on to male offspring may be serious or potentially fatal, like haemophilia or certain muscular dystrophies.

What About Couples Who Simply Want a Daughter (Or Son)?

Some clinics do practice “family balancing” for parents with children of one gender who want a child of the other sex. But with first-time parents who have no fertility or genetic concerns, it's "really unacceptable" for doctors to use IVF and PGD solely for gender selection, Dr. Hershlag says. He worries that it could lead to sexist preferences and lopsided populations, as seen in other countries. “I warn people against going to clinics that don’t have clear ethical guidelines, because they will also be less reputable,” he says. “In our clinic, we mainly screen embryos for health. And if a patient wants to know the gender as a byproduct, I see very little wrong with that.”

Could PGD, say, help parents choose a tall, athletic, brown-eyed girl? Experts say the science isn’t there yet—and even if it were, it’s unlikely that many doctors would agree to assist such a highly controlled pregnancy. In 2009, a fertility clinic in New York City advertised the “pending availability” of such services, but removed its ad after receiving a disapproving letter from the Vatican. And last year, the United Kingdom became the first country to approve a procedure known as three-parent IVF, which combines the DNA of two mothers and a father—but only in cases in which a woman could pass on genetic health conditions to her baby.

For now, PGD is used primarily to help parents have less stressful pregnancies and healthier babies—enormous, life-changing benefits in their own right.

Iranian surgery is an online medical tourism platform where you can find the best infertility specialists in Iran. The price of IVF treatment in Iran can vary according to each individual’s case and will be determined by an in-person assessment with the doctor.

For more information about the cost of IVF treatment in Iran and to schedule an appointment in advance, you can contact Iranian Surgery consultants via WhatsApp number 0098 901 929 0946. This service is completely free.