Can I use phone after lasik 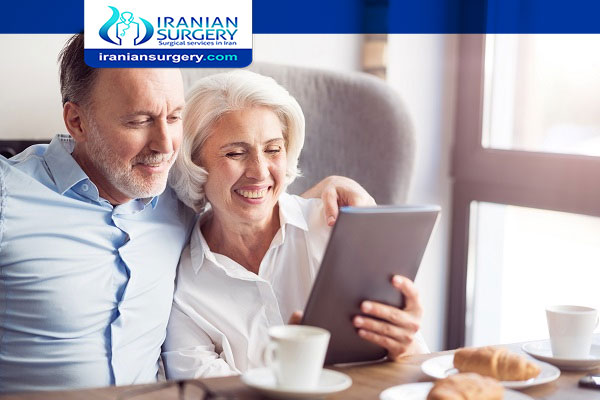 Can I use phone after lasik?

Avoid Using Your Phones and Tablets for One Day

Looking at your phone or any screen after LASIK can cause your eyes to strain and become uncomfortable. The easiest way to help your eyes heal and avoid those issues is to wait one day after your surgery before using your mobile devices. You can use your smartphones and tablets after LASIK surgery, but you’ll need to limit how much time you spend in front of them. This is because your eyes are still healing and are working harder to focus on an image.

When you’re looking at your phone or tablet, be mindful of how your eyes feel. If they start to feel uncomfortable or if they begin to strain, take a break by closing your eyes. You should also keep the 20/20/20 rule in mind.

The 20/20/20 rule requires you to look at something that’s 20 feet away for 20 seconds for every 20 minutes of screen time. This not only gives your eyes the breaks it needs, but it also minimizes the risk of strain and other issues during the recovery process.

10 common questions about Can I use phone after lasik

1When can I use mobile after Lasik?
You will likely be able to resume most normal activities 24 hours after a LASIK surgery, although the FDA explains that you may want to take a few days off of work to allow the temporary visual disturbances and discomfort to subside. You may need to minimize screen time for a bit after a LASIK procedure.
2Can I watch TV after Lasik?
Since your eyes are still healing, they will be especially sensitive in the first 24 hours after the LASIK procedure. So it's recommended to wait at least 24 hours before watching TV again. Watching TV immediately after the procedure can cause your eyes to strain, and that will negatively affect the healing process
3How long does it take for your cornea to heal after Lasik?
LASIK Recovery Time 2-3 Months after LASIK It is common for the eyes to continue to heal for at least 3 months after LASIK, which means your vision will also continue to improve. In patients with more severe prescriptions, their eyes can continue to heal for up to 6 months.
4Can I cry after Lasik?
Ans. In some cases, crying has not resulted in any harm, in some it has as below. Any rubbing of the eyes immediately after LASIK can pose a risk to the 'flap' which has been taken.
5How many days we should take rest after Lasik?
The LASIK Eye Surgery Recovery Process Most patients see clearly within 24 hours after vision correction surgery, but others take two to five days to recover
6Can I sleep on my side after Lasik?
At bedtime, wear your eye shield for at least one week if you sleep on your back or side, and two weeks if you sleep on your stomach. This will prevent you from rubbing your eyes during asleep. ... However, it is okay to apply eye shadow and other make-up.
7Can I shower after Lasik?
Patients can shower normally after LASIK and will be asked to simply avoid shower stream directly to the face, washing the eyelids directly, and drying the eyelids afterwards. ... So no swimming pools, hot tubs, rivers, streams or oceans for at least one week after your LASIK procedure.
8Is femto Lasik safe?
FEMTO-LASIK is safe The eye has no contact with a blade. The separation of the cornea from lower layers is more accurate and safe with a laser than with a microkeratome. After cutting the flap, the so-called „tissue bridges“ are not formed, therefore the raising of the flap will have no obstacles.
9How do you feel after Lasik?
Immediately after the procedure, your eye may burn, itch, or feel like there is something in it. You may experience some discomfort, or in some cases, mild pain and your doctor may suggest you take a mild pain reliever. Both your eyes may tear or water. Your vision will probably be hazy or blurry
10How long after Lasik Can I see 20 20?
Answer: While many patients see 20/20 on the next day after LASIK, it is also common for many patients to require additional time (days or weeks or even months) before the best vision is achieved. Studies show that vision continues to improve following LASIK vision correction for up to a year after the procedure