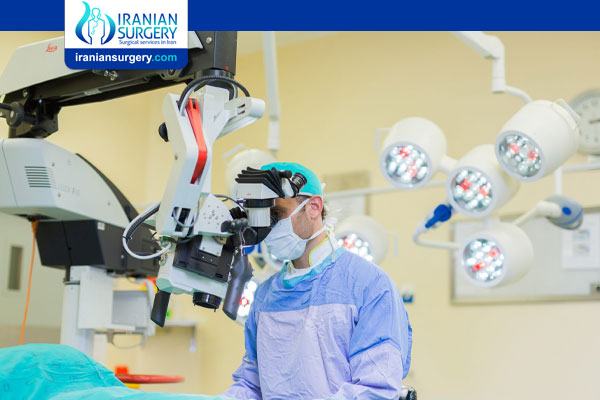 Before this, men with non-obstructive azoospermia were considered completely infertile with no hope of fathering their own children. The only options available to them were adoption or the use of donor sperm. Micro-TESE or Microdissection Testicular Sperm Extraction was first described in 1999 as an effective method of obtaining sperm from men who were considered infertile due to non-obstructive azoospermia.

The Micro-TESE procedure is performed in a fully equipped operating room as a day case (no overnight stay required). You need to be nil by mouth for at least 6 hours prior to the operation. Because of the fact that the entire operation is performed with the surgical microscope, our patients need to remain absolutely still for the duration of the surgery - for this reason general anesthesia (patient completely asleep) is used for all cases.

With advances in sperm retrieval techniques, sperm can be found in nearly half of men with non-obstructive azoospermia. Microsurgical testicular sperm extraction (Micro-TESE) is a procedure that allows for the precise removal of tiny volumes of testicular tissue is areas of active sperm production using a microscope, improving sperm yield compared to traditional biopsy techniques. Seminiferous tubules (structures where sperm is produced and transported) containing sperm can often be identified under an operating microscope after opening the testis.

This approach has a number of advantages over other sperm retrieval techniques. It maximizes the yield of spermatozoa while minimizing the amount of testicular tissue required and vascular injury created, by making identification blood vessels easier. Sperm harvested from these patients is very difficult to cryopreserve due to a combination of the limited numbers and quality, so optimal pregnancy rates are achieved using the sperm fresh.

How Successful is Micro-TESE Procedure?

Successful Micro-TESE sperm retrieval rates of approximately 50% have been reported by centers with experience of the technique. Superior sperm retrieval rates with Micro-TESE compared to other surgical approaches have been reported, particularly in certain subgroups of azoospermic men such as those with predominantly Sertoli Cell Only Syndrome (SCOS) and Klinefelter Syndrome. A comparative study which examined 116 cases found a significantly higher retrieval rate with Micro-TESE (47%) than with conventional TESE (30%). Similar findings have been described by others. When low sperm yields result after Micro-TESE in NOA the sperm may not survive freeze-thaw. Where such concerns exist, it may be wise to consider the option of donor sperm back-up for the ICSI cycle and to discuss possible outcomes with the couple concerned.

It is difficult to predict which men with NOA will be successful with Micro-TESE. Although it is routine to send tissue obtained at Micro-TESE for histological examination in order to try to ascertain etiology it is felt that diagnostic histological biopsy prior to Micro-TESE is unwise. Even when such prior biopsy diagnoses SCOS, patchy spermatogenesis can still exist and sperm retrieval may be successful. Similarly, the degree of elevation of serum FSH levels and testicular volume are poorly predictive with regard to successful sperm retrieval. It is therefore difficult to advise couples concerned about the wisdom of pursuing Micro-TESE.

The general consensus is that Micro-TESE results in higher sperm yields with less negative effects on testicular function and fewer post-operative complications. However, couples need to consider a number of factors before making a final decision to pursue this treatment option. For example, there is currently a lack of clinical predictors that can quantify the chances of finding usable sperm. The procedure is more complicated and expensive than conventional TESE and it is a procedure that should only be considered if a suitably experienced surgeon is available. As further data about outcomes after Micro-TESE emerges it will become easier to provide information about the relative advisability of Micro-TESE versus conventional TESE versus use of donor sperm.

An incision of about 2,5cm long is made into the scrotal skin, on the midline of the scrotum – this approach has the following advantages:

One of the testicles is then delivered through the skin incision. The decision on which testicle (left or right side) to start with, is based on careful physical examination– studies have clearly shown that if one of the testicles is larger and firmer than the other, the larger testicle has a better chance of containing sperm.

A wide incision is now made into the layer of tissue that surrounds the inside of the testicle (testicular capsule). With the help of the surgical microscope even the tiniest blood vessels can be identified - care is taken to preserve these fine blood vessels that run underneath the capsule of the testicle because injury to these structures can lead to complications post-operatively.

The testicle is then opened up and the inside inspected. Sperm production in the testicle takes place in a network of very thin tubes (seminiferous tubules) and under conditions of normal sperm production, these tubes are relatively large (dilated). Patients with non-obstructive azoospermia have thin, collapsed tubes because no or very little sperm production is taking place.

Fortunately, in patients with non-obstructive azoospermia with zero sperm in the ejaculate, up to 60% will still have minute areas of sperm production inside their testicles. The surgical microscope is now used on high magnification to find these tiny areas where the tubes are dilated and sperm is being produced.

Enlarged (dilated) tubes are identified, removed, and evaluated in theatre using a light microscope that provides 400X magnification. Several areas of dilated tubes may be sampled until adequate sperm is identified, which is then processed in theatre and cryo-preserved (freeze-stored) for later use in Assisted Fertility procedures (ART / ICSI).

After meticulous inspection of all the testicular tissue under the surgical microscope, and biopsy of all areas likely to harbor sperm, the testicle is carefully stitched closed. A very fine suture is used and care is taken to not leave any areas of bleeding inside the testicle. The testicle is then placed back into its normal position inside the scrotum.

In cases where no sperm can be found in the one testicle despite extensive and meticulous inspection and biopsy, the testicle on the other side is now delivered through the original skin incision and the entire procedure repeated on that side as well.

After completion of the operation the scrotal skin is closed. For this, your surgeon uses a stitch that dissolves after about 3-5 weeks. A tight dressing (“jockstrap”) is placed on the scrotum to prevent bleeding. You will be able to go home later that same day and will receive a prescription for pain medication. You will not be allowed to drive a car for the first 24 hours after the procedure, so be sure to have someone available to take you home from the surgical facility.

Iranian surgery is an online medical tourism platform where you can find the best doctors and surgeons in Iran. The price of Micro-TESE procedure in Iran can vary according to each individual’s case and will be determined by an in-person assessment with the doctor.

For more information about the cost of Micro-TESE procedure in Iran and to schedule an appointment in advance, you can contact Iranian Surgery consultants via WhatsApp number 0098 901 929 0946. This service is completely free.