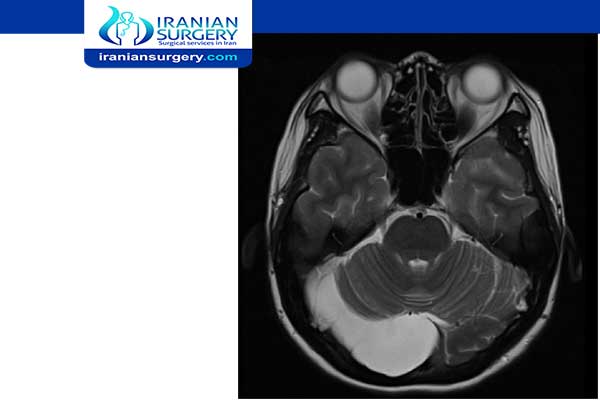 How are arachnoid cysts treated?

If you have an arachnoid cyst that isn’t causing any symptoms or other complications, your doctor may advise you to leave it untreated. They will likely monitor the cyst over time to watch for potential growth or other changes. If it begins to cause problems, they may recommend treatment.

If you have an arachnoid cyst in your brain that’s causing symptoms, your doctor will likely drain it. They may recommend one of two procedures. In the first procedure, they will make a small incision near the cyst and insert an endoscope with a small camera on the end. They will use this endoscope to gently open the cyst, allowing the fluid inside to drain into your CSF system, where it will be redistributed through your body. This procedure is called fenestration. In the second procedure, your doctor will insert a shunt into the cyst. This will allow the fluid inside to drain to another part of your body, such as your belly.

If you have a symptomatic cyst in your spinal column, your doctor may recommend surgery to remove it completely. If that’s not feasible, they may use fenestration or shunting to drain it.

Read more about : What is considered a large arachnoid cyst?

Read more about : Does arachnoid cyst cause anxiety?

Read more about : Should I have surgery for herniated disc?

1Do arachnoid cysts require surgery?
Most arachnoid cysts are stable and do not require treatment. ... Arachnoid cysts are diagnosed with a CT or MRI scan. Treatment, if necessary, involves draining the fluid through surgery or shunting.
2Can an arachnoid cyst go away on its own?
After rupture, subdural effusion must develop around the cyst. As this effusion is absorbed, the fluid in the cyst drains away, after which the cyst becomes smaller and gradually disappears. This supports the possibility of a “natural cure” for arachnoid cysts without surgical intervention
3How do you treat arachnoid cyst?
Surgery for arachnoid cysts is generally safe, with good outcomes. There are three surgical options for treating an arachnoid cyst: A pediatric neurosurgeon may place a permanent drainage system, a type of shunt, to drain fluid from the cyst and reduce pressure on the brain
4Do arachnoid cysts grow?
What causes an arachnoid cyst? Primary, or congenital, arachnoid cysts are usually caused by an abnormal growth of your brain and spinal column while you're developing in utero. The exact cause of this growth is not known. It might be genetic.
5What can happen if a cyst is left untreated?
If left untreated, benign cysts can cause serious complications including: Infection – the cyst fills with bacteria and pus, and becomes an abscess. If the abscess bursts inside the body, there is a risk of blood poisoning (septicaemia).
6Can you die from an arachnoid cyst?
None of the children died or had major disability. As more children with arachnoid cysts are identified, neurosurgeons need the best possible information on risk factors for rupture or bleeding. The risk that an arachnoid cyst will rupture or bleed has been estimated somewhere between two and five percent
7How serious is an arachnoid cyst?
Untreated, arachnoid cysts may cause permanent severe neurological damage when progressive expansion of the cyst(s) or bleeding into the cyst injures the brain or spinal cord. Symptoms usually resolve or improve with treatment.
8Can arachnoid cyst burst?
Mild head injury is the most common cause of arachnoid cyst rupture; however rarely do they rupture spontaneously [8]. Gradual increase in size of hygroma is due to the continuous transudation of cerebrospinal fluid in the ruptured cyst. ... Surgical treatment of symptomatic cysts is generally acceptable
9Is arachnoid cyst life threatening?
Are Arachnoid Cysts Life-Threatening? Arachnoid cysts are benign fluid-filled sacs that form between the arachnoid membrane and the central nervous system. ... The most severe form of presentation can lead to bleeding (hemorrhage), damage to the central nervous system and sometimes even death.
10Can you feel an arachnoid cyst?
A variety of additional symptoms occur in some individuals with arachnoid cysts depending upon the size and location of the cyst. Most cysts occur near the middle fossa region of the brain. Such symptoms include lethargy, seizures, vision abnormalities and hearing abnormalities