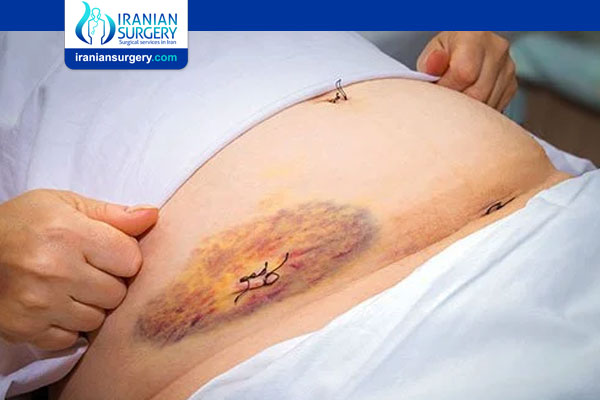 What is an Appendectomy?

An appendectomy is the surgical removal of the appendix. It’s a common emergency surgery that’s performed to treat appendicitis, an inflammatory condition of the appendix.

The appendix is a small, tube-shaped pouch attached to your large intestine. It’s located in the lower right side of your abdomen. The exact purpose of the appendix isn’t known. However, it’s believed that it may help us recover from diarrhea, inflammation, and infections of the small and large intestines. These may sound like important functions, but the body can still function properly without an appendix.

When the appendix becomes inflamed and swollen, bacteria can quickly multiply inside the organ and lead to the formation of pus. This buildup of bacteria and pus can cause pain around the belly button that spreads to the lower right section of the abdomen. Walking or coughing can make the pain worse. You may also experience nausea, vomiting, and diarrhea.

It’s important to seek treatment right away if you’re having symptoms of appendicitis. When the condition goes untreated, the appendix can burst (perforated appendix) and release bacteria and other harmful substances into the abdominal cavity. This can be life-threatening, and will lead to a longer hospital stay.

Iranian surgery is an online medical tourism platform where you can find the best neurosurgeons in Iran. The price of Appendectomy in Iran can vary according to each individual’s case and will be determined based on photos and an in-person assessment with the doctor.

For more information about the cost of Appendectomy in Iran and to schedule an appointment in advance, you can contact Iranian Surgery consultants via WhatsApp number 0098 901 929 0946. This service is completely free.

Why is an Appendectomy Performed?

An appendectomy is often done to remove the appendix when an infection has made it inflamed and swollen. This condition is known as appendicitis. The infection may occur when the opening of the appendix becomes clogged with bacteria and stool. This causes your appendix to become swollen and inflamed.

The easiest and quickest way to treat appendicitis is to remove the appendix. Your appendix could burst if appendicitis isn’t treated immediately and effectively. If the appendix ruptures, the bacteria and fecal particles within the organ can spread into your abdomen. This may lead to a serious infection called peritonitis. You can also develop an abscess if your appendix ruptures. Both are life-threatening situations that require immediate surgery.

Symptoms of appendicitis include:

. Stomach pain that starts suddenly near the belly button and spreads to the lower right side of the abdomen

What Are the Risks of an Appendectomy?

An appendectomy is a fairly simple and common procedure. However, there are some risks associated with the surgery, including:

. Injury to nearby organs

It’s important to note that the risks of an appendectomy are much less severe than the risks associated with untreated appendicitis. An appendectomy needs to be done immediately to prevent abscesses and peritonitis from developing.

How Do I Prepare for an Appendectomy?

You’ll need to avoid eating and drinking for at least eight hours before the appendectomy. It’s also important to tell your doctor about any prescription or over-the-counter medications you’re taking. Your doctor will tell you how they should be used before and after the procedure.

You should also tell your doctor if you:

. Are pregnant or believe you may be pregnant

. Are allergic or sensitive to latex or certain medications, such as anesthesia

. Have a history of bleeding disorders

You should also arrange for a family member or friend to drive you home after the procedure. An appendectomy is often performed using general anesthesia, which can make you drowsy and unable to drive for several hours after surgery.

Your doctor may order blood tests and imaging tests if appendicitis is caught early. However, these tests may not be performed if your doctor believes an emergency appendectomy is necessary.

Before the appendectomy, you’ll be hooked up to an IV so you can receive fluids and medication. You’ll likely be put under general anesthesia, which means you’ll be asleep during surgery. In some cases, you’ll be given local anesthesia instead. A local anesthetic numbs the area, so even though you’ll be awake during the surgery, you won’t feel any pain.

How is an Appendectomy Performed?

There are two types of appendectomy: open and laparoscopic. The type of surgery your doctor chooses depends on several factors, including the severity of your appendicitis and your medical history.

During an open appendectomy, a surgeon makes one incision in the lower right side of your abdomen. Your appendix is removed and the wound is closed with stiches. This procedure allows your doctor to clean the abdominal cavity if your appendix has burst.

Your doctor may choose an open appendectomy if your appendix has ruptured and the infection has spread to other organs. It’s also the preferred option for people who have had abdominal surgery in the past.

During a laparoscopic appendectomy, a surgeon accesses the appendix through a few small incisions in your abdomen. A small, narrow tube called a cannula will then be inserted. The cannula is used to inflate your abdomen with carbon dioxide gas. This gas allows the surgeon to see your appendix more clearly.

Once the abdomen is inflated, an instrument called a laparoscope will be inserted through the incision. The laparoscope is a long, thin tube with a high-intensity light and a high-resolution camera at the front. The camera will display the images on a screen, allowing the surgeon to see inside your abdomen and guide the instruments. When the appendix is found, it will be tied off with stiches and removed. The small incisions are then cleaned, closed, and dressed.

Laparoscopic surgery is usually the best option for older adults and people who are overweight. It has fewer risks than an open appendectomy procedure, and generally has a shorter recovery time.

What Happens After an Appendectomy?

When the appendectomy is over, you’ll be observed for several hours before you’re released from the hospital. Your vital signs, such your breathing and heart rate, will be monitored closely. Hospital staff will also check for any adverse reactions to the anesthesia or the procedure.

The timing of your release will depend on:

. The type of appendectomy performed

. Your body’s reaction to the surgery

In some cases, you may have to remain in the hospital overnight.

You may be able to go home the same day as the surgery if your appendicitis wasn’t severe. A family member or friend will need to drive you home if you received general anesthesia. The effects of general anesthesia usually take several hours to wear off, so it can be unsafe to drive after the procedure.

In the days following the appendectomy, you may feel moderate pain in the areas where incisions were made. Any pain or discomfort should improve within a few days. Your doctor may prescribe medication to relieve the pain. They might also prescribe antibiotics to prevent an infection after surgery. You can further reduce your risk for infection by keeping the incisions clean. You should also watch for signs of infection, which include:

. Redness and swelling around the incision

. Diarrhea or constipation that lasts for more than two days

Although there’s a small risk of infection, most people recover from appendicitis and an appendectomy with little difficulty. Full recovery from an appendectomy takes about four to six weeks. During this time, your doctor will probably recommend that you limit physical activity so your body can heal. You’ll need to attend a follow-up appointment with your doctor within two to three weeks after the appendectomy.