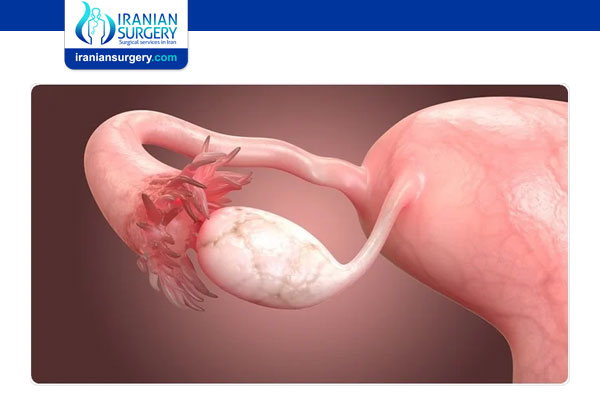 Anovulation happens when an egg (ovum) doesn’t release from your ovary during your menstrual cycle. An egg is needed to have a pregnancy. Since multiple hormones are involved in ovulation, there are many causes of anovulation. Chronic anovulation is a common cause of infertility.

How does ovulation work?

The process of ovulation begins when your hypothalamus (a part of your brain) releases gonadotropin-releasing hormone (GnRH). GnRH causes your pituitary gland (a gland in your brain) to secrete follicle-stimulating hormone (FSH) and luteinizing hormone (LH).

Between days six and 14 of the menstrual cycle, FSH causes follicles (small sacs of fluid in the ovaries that contain a developing egg) in one ovary to begin to mature. During days 10 to 14 of the cycle, only one of the developing follicles forms a fully mature egg. Around day 14 in the menstrual cycle, a sudden surge in LH causes the ovary to release its egg. This is called ovulation.

Can I menstruate without ovulating?

In the medical world, menstruation happens when an egg that's released from your ovary isn’t fertilized, so the uterus sheds its lining. Because of this, you cannot technically menstruate without ovulating.

Who does anovulation affect?

Anovulation can affect anyone who has ovaries and is of child-bearing age, which, on average, is between the ages of 12 and 51. If any of the following conditions or situations apply to you, you’re more likely to experience anovulation:

. You have just started getting periods (are perimenarchial).

. You are in perimenopause (when your body transitions to menopause).

. You have polycystic ovary syndrome (PCOS).

. You have a very low body mass index (BMI), which is usually either from having anorexia or from doing long-term excessive exercise.

How common is anovulation?

Anovulation is a common condition and is the cause of approximately 25% of infertility cases. Approximately 1 in 10 people with ovaries who are of child-bearing age experience anovulation at some point in their lives.

What are the signs and symptoms of anovulation?

. Having irregular periods: If the length of time in between your periods keeps changing, it’s considered an irregular period. The average menstrual cycle is 28 days, but it can be a couple of days shorter or longer than that.

. Having very heavy or light periods: A heavy period is defined by losing over 16 teaspoons (80 mL) of blood within your period and/or having a period that lasts longer than seven days. Blood loss of fewer than four teaspoons (20 mL) throughout your period is considered a light period.

. Having a lack of periods (amenorrhea): Missing one or more periods without being pregnant could be a sign of anovulation.

. Having a lack of cervical mucus: Right before and during ovulation, you usually have the most vaginal discharge called cervical mucus. It usually looks like raw egg whites. If you don't have this discharge, you may be experiencing anovulation.

In general, the cause of anovulation is an imbalance of one or more certain hormones, especially the hormones involved in ovulation, which include:

However, even hormones that aren’t directly involved in ovulation, such as testosterone and prolactin, can impact the hormones that are needed for ovulation. The following hormone imbalances and conditions can cause anovulation:

. High levels of androgens (hyperandrogenism): Androgens are a group of hormones that help with growth and reproduction in both men and women. Typically, androgens are thought of as male-specific hormones, but the female body produces a small amount of androgen hormones, too. Androgens include testosterone, androsterone and androstenedione. Your gonads (ovaries or testicles) and your adrenal gland produce androgens. When a person with ovaries has a higher-than-normal level of androgen hormones in their blood, it’s called hyperandrogenism. The follicles in your ovaries contain eggs. A high level of androgens can cause these follicles to stay small instead of enlarging and maturing like they’re supposed to before ovulation. Conditions that can cause hyperandrogenism include:

. Pituitary gland disorders, such as Cushing’s syndrome or acromegaly.

. Certain medications, such as anabolic steroids.

. Damage to your pituitary gland.

. High levels of prolactin (hyperprolactinemia): Prolactin is a hormone that’s released by your pituitary gland that’s mainly known for stimulating breast milk production (lactation). Prolactin also suppresses luteinizing hormone (LH) and follicle-stimulating hormone (FSH), which are needed for ovulation. Because of this, a high amount of prolactin in your blood can cause anovulation. Conditions and situations that can cause hyperprolactinemia include:

. A type of pituitary gland tumor called a prolactinoma.

. Damage to your pituitary gland.

. Damage to or illness of your kidneys, liver and/or thyroid.

. Certain medications, such as psychotropic drugs, narcotics and drugs that treat ulcers or elevated levels of stomach acid.

. Low levels of thyroid hormones (hypothyroidism, or underactive thyroid): Your thyroid — the butterfly-shaped gland in the front of your neck — produces two hormones that are needed for many important bodily functions: triiodothyronine (T3) and thyroxine (T4). Having a low level of thyroxine in your blood can increase the amount of prolactin your pituitary gland makes. Prolactin suppresses luteinizing hormone (LH) and follicle-stimulating hormone (FSH), which are needed for ovulation, so a low level of thyroxine can cause anovulation. Conditions and situations that can cause hypothyroidism include:

. Certain medications, such as lithium.

How is anovulation diagnosed?

In general, the diagnosis of anovulation is having irregular periods. However, if you’re trying to conceive, your healthcare provider will want to investigate and determine the cause of your anovulation, which may lead to another diagnosis.

What tests will be done to diagnose anovulation?

Tests for diagnosing anovulation depend on what your healthcare provider suspects are causing your anovulation. Tests that can help diagnose anovulation, include:

. An ultrasound exam of your pelvic organs.

Many of the hormone imbalances that cause anovulation have other symptoms, so your provider may have you undergo other tests if you’re experiencing symptoms of a certain hormone imbalance condition.

What are the risk factors for anovulation?

Risk factors for having anovulation can include:

. Having polycystic ovary syndrome (PCOS): PCOS is a common condition that causes 70% of anovulation cases. PCOS causes your body to make too many androgens, which cause the follicles in your ovaries to remain small instead of maturing and growing as they should to prepare for ovulation.

. Having obesity: Having obesity can cause your body to make too many androgens, which affects your ovaries’ ability to produce mature follicles.

. Having a low body weight and/or doing long-term excessive exercise: A very low body mass index (BMI) or participating in routine intense physical exercise can affect your pituitary gland, which could cause it to not produce enough luteinizing hormone and/or follicle-stimulating hormone. These hormones are needed to ovulate regularly.

. Having just started getting periods or having your last periods: During both of these transitional times, an imbalance in your body’s hormones can cause anovulation.

How is anovulation treated?

Treatment for anovulation depends on correcting the hormonal imbalance that’s causing it, if possible.

In general, lifestyle changes that may treat your anovulation include:

. Managing your stress: If your healthcare provider suspects that stress could be causing your anovulation, they’ll likely recommend trying to limit your stressors and using techniques such as meditation, yoga or deep breathing to better cope with stress.

. Managing your weight: If you have obesity, your healthcare provider may recommend trying to lose weight to treat your anovulation. If you have a low body mass index (BMI) your healthcare provider may recommend gaining weight to treat your anovulation. If either of these situations applies to you, be sure to talk to your provider and/or a registered dietitian to manage your weight safely and in a way that works for you.

Other treatments for anovulation include:

. Human chorionic gonadotropin (hCG) injection: This hormone causes your ovary to release an egg. A synthetic form of it can be injected to help treat anovulation. It’s often taken with clomiphene citrate.

. Follicle-stimulating hormone (FSH) injection: If your body isn’t making enough FSH and other treatments for anovulation haven’t worked, your healthcare provider may have you get an injection of synthetic FSH to help your ovary release an egg.

If fertility and pregnancy are your goal and lifestyle changes and/or medication don’t help to treat your anovulation, there are still ways you may be able to experience pregnancy. Talk to your healthcare provider or a fertility specialist about in vitro fertilization (IVF) or intrauterine insemination (IUI).

What is the prognosis (outlook) for anovulation?

Can I get pregnant with anovulation?

Lifestyle changes and/or medication can often treat anovulation, which means you’ll have an opportunity to get pregnant. However, many other factors are involved in successful conception and pregnancy.

If you’ve been treated for anovulation and are still having a difficult time becoming pregnant, be sure to reach out to your healthcare provider. They may recommend in vitro fertilization (IVF) or intrauterine insemination (IUI).

How long does anovulation last?

Depending on the cause, anovulation can be temporary or chronic. Medication and/or lifestyle changes can often — but not always — treat anovulation.

If you’re experiencing irregular, heavy or excessively painful periods that are disrupting your life, be sure to see your healthcare provider for treatment.

If you’re having issues conceiving, reach out to your provider. You may be experiencing anovulation.

If you’ve been treated for anovulation and are still having issues conceiving, contact your healthcare provider or fertility specialist.