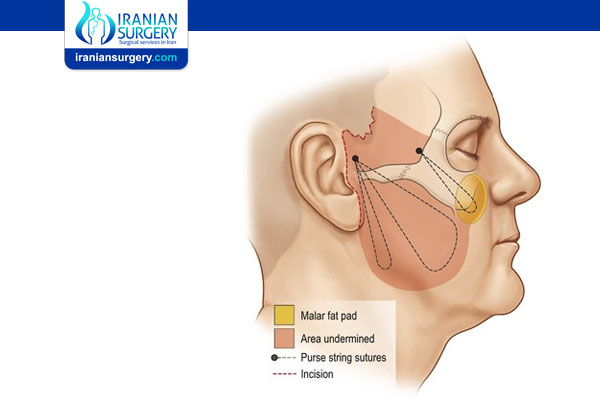 What is a MACS Facelift?

MACS (minimal access cranial suspension) facelift is a technique that only lifts the lower portion of the face, reducing jowls, nasolabial folds, and lack of chin definition. It can be a good option for patients with mild-to-moderate loss of elasticity and muscle tone, who have started to see sagging in their lower cheeks and jawline.

Sometimes called a mini facelift, a MACS facelift is a more affordable and less intensive alternative to a traditional facelift. Its relatively small incisions begin at the hairline, just above the crease of the ear, and end at the earlobe. Because it’s a less extensive procedure, the MACS facelift has a quicker recovery time than a full facelift.

What are the pros and cons of a MACS facelift?

. The procedure is relatively short—only 2.5 hours, compared to 4 hours for a traditional facelift.

. You will have smaller scars than with a traditional facelift.

. Because you will be in surgery for a shorter time, the risk of complications decreases.

. The results of a MACS facelift last significantly longer than those of injectable fillers or other nonsurgical treatments for volume loss.

. It will not treat tissues with the forehead, eye region, or most of the neck. If you want to address these areas, you will need additional procedures—like a brow lift, blepharoplasty, or liposuction.

. It’s not ideal for anyone with severe skin laxity, poor muscle tone, or large fat deposits.

. Like all cosmetic procedures, the final results depend much more on the skill of the surgeon than the actual technique used.

. You will have small scars, but a good surgeon will hide them as best as possible.

If you have a lot of lower facial laxity, you may prefer a SMAS facelift to a MACS facelift. SMAS (superficial muscular aponeurotic system) facelifts also correct sagging in the lower face, but they’re more extensive and better suited to those who need significant treatment for sagging.

SMAS facelifts involve cutting into the subcutaneous tissue of the face and neck and then pulling this layer of tissue and muscle upward, cutting away excess skin.

MACS facelifts also involve lifting subcutaneous tissue, but they don’t solve sagging by cutting excess skin, the way SMAS facelifts do. Because of this, MACS facelifts are considered better for people with limited sagging.

MACS incisions are also smaller than SMAS incisions, so the recovery period is shorter.

What should you expect during a MACS facelift?

MACS facelift surgery takes place under IV sedation with a local anesthetic, so you’ll be very sleepy and relaxed but awake. The entire procedure usually takes just over two hours.

Typically, the surgeon makes short, L-shaped incisions from the top crease in front of the ear to the earlobe. Then they insert multiple sutures into the deep tissue, lifting and securing it into a higher position.

As the lifted tissue heals in its new position, it leaves scar tissue, which keeps the lift in place after the sutures have dissolved. Sutures are placed within the underlying facial and neck muscles. The sutures eventually dissolve, but the vertical lift is maintained by unobtrusive, deep scar tissue.

When will you see results from a MACS facelift?

After a MACS facelift, you need time to heal before you see results. For the first 24 hours, you’ll have to wear a large dressing around your head, over the incisions. You can expect swelling and bruising around the incisions for the first week or two. To reduce the swelling, you can ice your face and take nonsteroidal anti-inflammatory drugs.

After the first week, your surgeon will remove your outer, visible stitches, but the dissolvable sutures will stay in place.

On average, people can return to work within two weeks after a MACS facelift. During this time, you may feel some tightness in your face. Your scars will likely be visible for up to six months.

Many doctors say results from a MACS facelift can last up to 10 years, but it depends on your muscle tone and skin laxity. For droopier faces with excessive neck skin and more muscle weakening, the results of a MACS lift is shorter-lived. For a good candidate requiring less muscle and skin tightening, this lift can last 10 years.