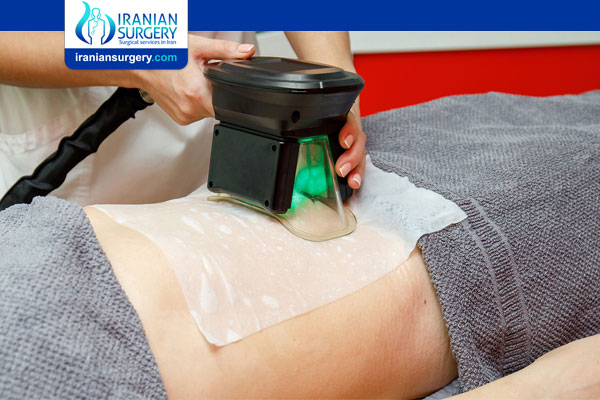 CoolSculpting is a noninvasive, nonsurgical medical procedure that is purported to remove extra fat cells from beneath the skin. As a noninvasive treatment, it has several benefits over traditional fat removal surgical procedures.

CoolSculpting‘s popularity as a fat removal procedure is increasing in the United States. It received approval from the Food and Drug Administration (FDA) in 2010. In just 3 years, CoolSculpting treatments increased by 823 percent, according to a 2013 study.

While there have been many studies illustrating its effectiveness, like most cosmetic procedures, there are pros and cons to getting CoolSculpting — and it doesn’t always work for everyone.

How does it work?

CoolSculpting uses a procedure known as cryolipolysis. A roll of fat is placed between two panels that cool it to a freezing temperature.

Some people who do CoolSculpting opt to treat several parts of the body, usually the:

CoolSculpting is also supposed to reduce the appearance of cellulite on the legs, buttocks, and arms. Some people also use it to reduce excess fat underneath the chin.

While the advertisements for CoolSculpting would have you believe it’s 100 percent effective and safe, like most cosmetic procedures, there’s a bit of a range when it comes to effectiveness for the general population.

According to a small 2018 study analyzing the clinical efficacy of cryolipolysis, the procedure “is safe and effective in reducing the fat layer and improving body contouring.”

However, it’s important to note that this particular study was partially funded by a company that makes products that are used in CoolSculpting.

Another smaller study from 2016 also found CoolSculpting to be effective, with 77 percent of participants reporting visible fat reduction. But this study was also funded by a manufacturer of CoolSculpting products.

An older analysis from 2014 that was not funded by any CoolSculpting manufacturing companies found cryolipolysis to be relatively effective, stating that improvements were seen in 86 percent of treated participants across a variety of studies.

However, the authors also point out that “body contouring studies” aren’t that easy to carry out because of the high variability in terms of participants and their fat loss.

So while not completely effective 100 percent of the time, CoolSculpting is relatively effective for the general population.

Just keep in mind that individual barometers of “effective” may vary, especially when it comes to the amount of fat lost.

According to the CoolSculpting website, there are some possible short-term side effects that may occur on or around the part of the body undergoing the procedure. These can include:

People who get CoolSculpting around their neck area may also experience a sensation of fullness in the back of their throat.

What are the risks of CoolSculpting?

In very rare cases, CoolSculpting may lead to an increase in the volume of fat cells in treated body parts (known as paradoxical hyperplasia) a few months after the procedure.

According to a 2014 report (which, again, was connected to a manufacturer of CoolSculpting products), paradoxical hyperplasia was seen in less than 1 percent of reviewed cases.

This side effect is serious enough to warrant additional surgery to fix it, so it’s an important one to keep in mind.

There may be other risks depending on your medical history. Because of this, it’s a good idea to talk with your primary care doctor about CoolSculpting before making an appointment.

Who does CoolSculpting work for?

CoolSculpting is not for everyone.

It is not a treatment for people with obesity. Instead, the technique is appropriate for helping remove small amounts of extra fat resistant to other weight loss attempts, such as diet and exercise.

While CoolSculpting is FDA approved for reducing small areas of body fat in many people, there are some people who should not try CoolSculpting.

People who have the following conditions should not do this treatment because of the risk of severe complications. These conditions include:

Whether or not you have these conditions, it’s important to talk with your doctor before seeking out a plastic or cosmetic surgeon to perform the procedure.

How long do results last?

Your CoolSculpting results should last indefinitely. That’s because once CoolSculpting kills off fat cells, they do not come back.

But if you gain weight after your CoolSculpting treatment, you may gain fat back in the treated area or areas.

Is CoolSculpting worth it?

CoolSculpting is most effective with an experienced doctor, proper planning, and several sessions to maximize results and reduce the risk of side effects.

It’s also important to note that many of the studies touting its benefits and safety have been funded by companies that have a vested interest in the procedure.

While this does not mean many of these studies are false, it’s an important caveat to keep in mind.

When it comes to fat loss procedures, CoolSculpting does have some benefits over traditional liposuction:

. it requires almost no recovery time

You can drive yourself home after your treatments and return to your regular activities right away.

If you’re considering CoolSculpting, carefully consider the benefits against the risks, and talk with your doctor to see whether it’s right for you.