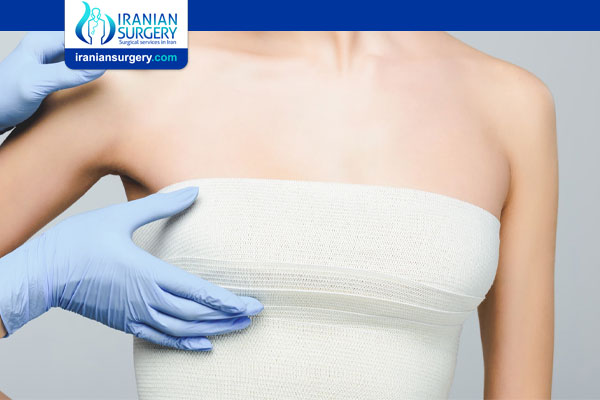 For most people, the capsule feels soft or a little firm. However, for some people who get implants, the capsule can tighten around their implants and create a condition called capsular contracture.

Capsular contracture is the most common complication for breast implant surgeries and occurs in about 10.6 percent of women with implants. It can lead to chronic pain and distortion of your breasts.

Serious cases of capsular contracture are usually managed with surgery.

A capsulectomy is the gold-standard treatment option for capsular contracture.

In this article, we’re going to take a look at what you can expect during a capsulectomy. We’ll also look at when this surgery may be needed and how long it takes to recover from it.

Capsulectomy surgery removes the tough scar tissue around your breast implants known as capsular contractures. Capsular contracture can be measured using a method called the Baker scale, which has four grades:

. Grade I: Your breasts look soft and natural.

Women with grade III and IV capsular contracture often require either a capsulectomy or a less invasive surgery called a capsulotomy to reduce pain and regain the natural appearance of their breasts.

People who receive breast implants will develop a capsule around their implant to keep it in place. However, only roughly 10.6 percent of people with implants develop capsular contracture.

. biofilm (a layer of microorganisms such as bacteria) caused by infection

. hematoma (buildup of blood) during surgery

. seroma (buildup of fluid) under the skin

. rupture of an implant

In addition, a genetic predisposition to developing scar tissue may increase the risk of capsular contracture.

Some evidence suggests that textured breast implants lower the risk of developing capsular contracture compared to smooth implants. However, it’s unknown whether this is actually the case. As well, the Food and Drug Administration (FDA) has banned many brands of textured implants.

Weeks before having a capsulectomy, if you smoke, you’ll likely be asked to stop. Smoking reduces your blood flow and slows your body’s ability to heal itself.

Quitting smoking is often difficult, but a doctor can help create a smoking cessation plan that works for you.

You may also be asked to stop taking certain supplements or medications about 2 weeks before your surgery.

Here’s what happens during a capsulectomy:

The most common complications of breast capsulectomy include bleeding and bruising.

You might be able to return home the same day as the surgery, or you may need to spend a night in the hospital.

Capsulectomy is an open surgery, which means that it requires a surgical incision. Capsulectomies can be divided into two types: total and subtotal.

During a total capsulectomy, a surgeon removes your breast implant and your entire capsule of scar tissue. Your surgeon may remove the implant first before removing the capsule. They then replace your implant once the capsule is removed.

During this type of surgery, your surgeon removes your implant and capsule together instead of one at a time. This may be the best option if you have a ruptured breast implant.

In some cases, this type of capsulectomy may not be possible if the capsule is too thin.

A subtotal or partial capsulectomy only removes part of the capsule.

Recovering from a capsulectomy

After your surgery, your breasts may feel sore. You may be instructed to wear a compression bra on top of your surgical dressing for several days or weeks.

Depending on how thick the capsule was or if your implants were ruptured, your surgeon may place temporary drainage tubes in the area to help decrease swelling. These tubes are usually removed in about a week.

Your surgeon can give you a specific time frame for your recovery. In general, a breast capsulectomy takes about 2 weeks to recover from completely.

A capsulectomy is more invasive and has a higher risk of complications including nerve damage. During a capsulectomy, a surgeon removes all or part of your capsule from your breast and replaces your implant.

During capsulotomy surgery, the capsule is partially removed or released. The surgery can be open or closed.

During the open surgery, your surgeon makes an incision in your breast so they can access the capsule.

An open capsulotomy performed on one breast takes about 20 to 30 minutes. A capsulectomy takes about an hour longer. Capsular contracture has similar reoccurrence rates in both surgeries.