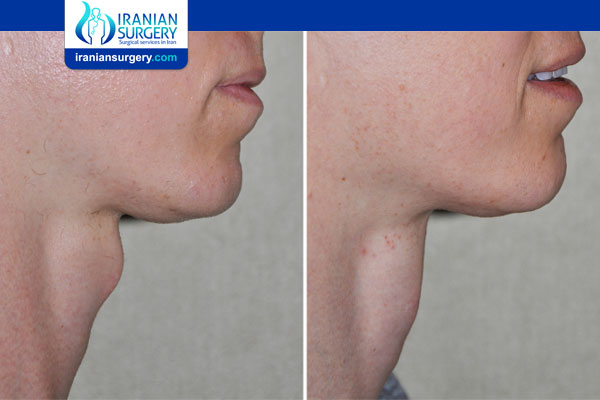 What is Adam’s Apple Reduction Surgery?

Adam’s apple reduction surgery is a type of facial feminization surgery. It’s used primarily by Trans women and non-binary Trans people who wish their faces to appear more feminine. It may also be done on cisgender women who want the same effect.

This procedure is commonly referred to as tracheal shave. It’s also known as chondrolaryngoplasty, or thyroid cartilage reduction.

A large Adam’s apple is an obvious, male secondary sex characteristic. For people who are transitioning from male to female, having a tracheal shave can be liberating and empowering.

In people assigned male at birth, hormones such as testosterone increase the size and volume of the larynx and thyroid cartilage during puberty. The vocal cords also get longer during this time.

These changes cause the voice to deepen. They also cause the formation of a prominent bump in the front of the throat.

Some people opt to have a tracheal shave simultaneously with other facial feminization procedures, such as:

Your doctor will medically evaluate you for this procedure. They’ll have you take some diagnostic tests to determine if you’re healthy enough for surgery. These include an electrocardiogram (EKG) and blood tests.

Your doctor will also want to know about any medications or over-the-counter supplements you take.

Prior to the procedure, you’ll be told to stop taking aspirin, or any medications which might cause bleeding, or inhibit blood clotting. If you smoke or vape, your doctor will ask you to stop for at least several days before surgery.

You’ll also receive written instructions that indicate when you should stop eating and drinking before the procedure.

It’s important to choose an experienced surgeon to perform this procedure. This will help reduce the potential for risk. It’ll also help you set realistic expectations for the surgery.

In some instances, a very large Adam’s apple can’t be removed completely, or diminished significantly. An experienced surgeon will be able to assess the results you can realistically expect, eliminating disappointment later on.

As with any surgery, there are certain risks associated with having anesthesia. These include:

. Post-operative delirium and breathing problems. Meeting with the anesthesiologist prior to your procedure will help to significantly minimize these risks.

. Removal of too much thyroid cartilage. If this occurs, your voice may be permanently altered.

. A too-prominent scar. The formation of fibrous tissues or skin adhesions on or near the incision area can cause a scar to form. Let your doctor know if you’re prone to keloid scarring.

In addition to potential risks from surgery, it’s important to speak with your doctor in order to understand the purpose of this procedure, and to clarify the results you’re hoping to obtain.

A tracheal shave isn’t done to raise or change voice pitch permanently. If a higher-sounding voice is part of your feminization goal, talk to your doctor about a separate procedure known as voice cord or voice feminization surgery.

Post-operative side effects include:

If you continue to feel discomfort, icing the area and taking over-the-counter pain medication should help.

Adam’s apple reduction surgery is typically done under general anesthesia. It takes about 30 minutes to 1 hour, from start to finish.

After surgery, you’ll be taken to a recovery room and observed for a period of time before being discharged.

If you have several facial feminization procedures done at once, you may be required to stay for a night in the hospital.

As with any surgery, you’ll need to have someone pick you up and take you home. It’s recommended that you rest for a day or two. It’s also suggested that you avoid vigorous activity and singing or speaking loudly.

You can expect to feel some discomfort after a tracheal shave for several days following surgery. Your surgeon will recommend that you rest your voice as much as possible during this time.

You should eat soft foods or a liquid diet until your throat feels comfortable when you swallow. Follow your doctor’s instructions for cleaning the area, and for having any stitches removed.

If you experience any of these symptoms, call your doctor:

. Severe pain at the incision site

When can I expect to see results?

Once the initial swelling subsides, the results of Adam’s apple reduction surgery should be immediately apparent. You should see a smoother neck with a non-existent, or less-noticeable Adam’s apple.

The incision scar shouldn’t be visible unless you lift the skin crease within which it was made. The scar will become less red over time.

If you routinely have facial hair removed from your neck or chin through procedures such as laser hair removal, waxing, or electrolysis, ask your doctor when you can resume treatment.